HAFFNER energy ends the year on a positive note with a new project signed, a notable presence at the Pollutec exhibition and the award of the Innovation Trophy awarded by the Grand Est region.

After the consortium signed a contract for the 120 kg/day hydrogen pilot project in Vitry-le-François, HAFFNER energy signed a contract with the R-GDS (Strasbourg Gas Networks) entities in Strasbourg for a 650 kg/day hydrogen and 31 MWh/day Hypergaz multi-Energy unit for district heating. Thus, the city of Strasbourg will green its gas and heat networks while promoting the local economy since the production of hydrogen and hypergas will come from locally collected biomass.

Grand Est and the financial support of the Grand Est region. Our presence increases our visibility on our HYNOCA process and the relevance of producing hydrogen from biomass. Hynoca was selected as one of the 20 finalists for Pollutec’s Innovation Showcases. 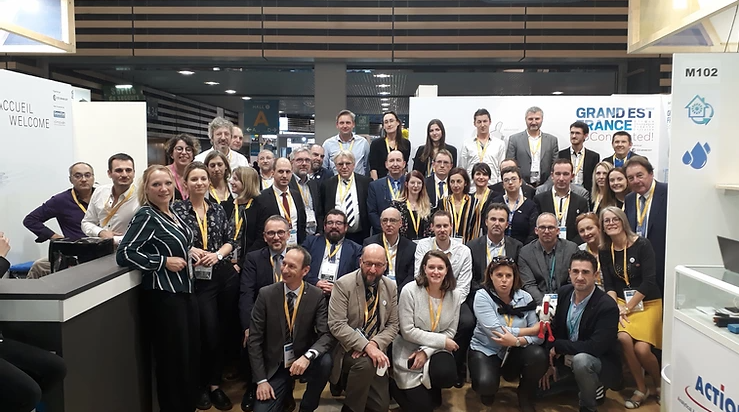 The group of participants on the CCI Grand-Est stand 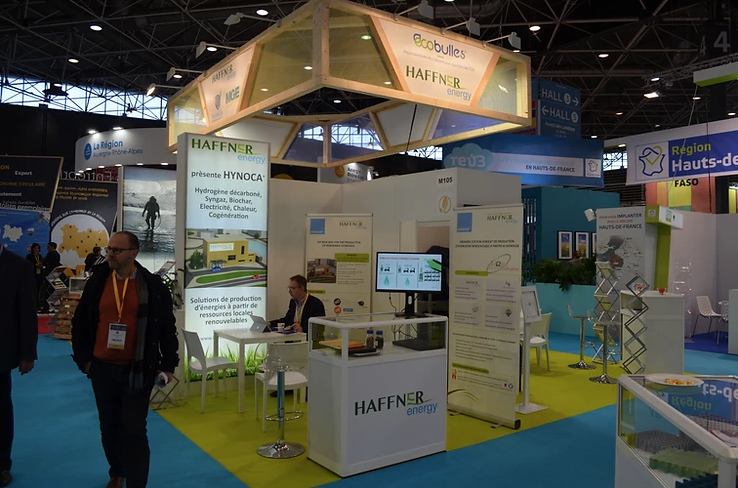 On October 30, our Business Development Director, Christian Bestien, worked with the 31 other selected companies (among 66 innovative projects) to talk for 4 minutes to convince the regional jury composed of eminent members from the Grand Est region of the pertinence and innovative nature of our HYNOCA process. Thus, during the reception organized for the event on Monday, December 3, HAFFNER energy received the Innovation Trophy awarded by Grand E-nov, the innovation agency founded by the elected representatives of the Grand Est region and the CCI Grand Est. 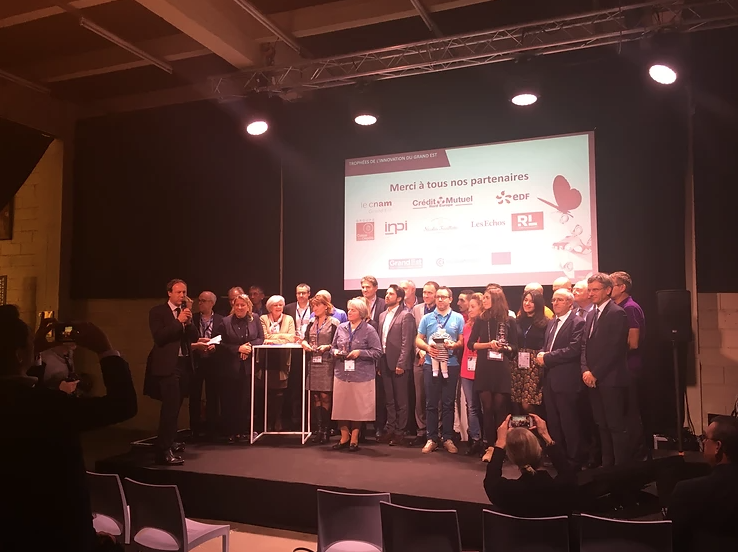