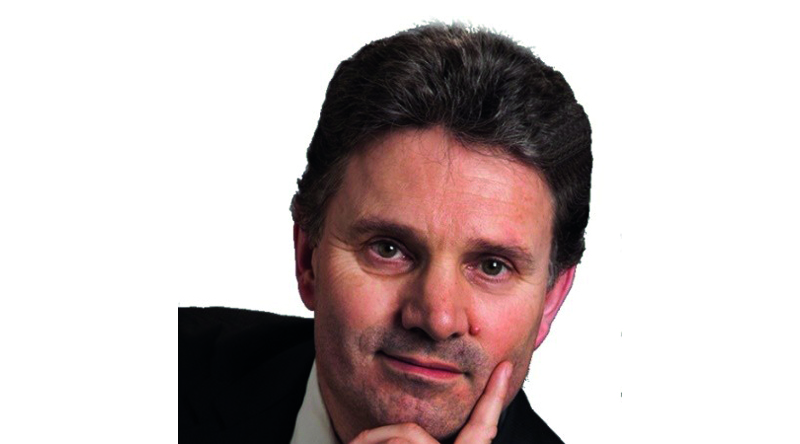 “OUR MODEL IS THE MOST RELEVANT FOR DECENTRALIZED HYDROGEN PRODUCTION”,

Thanks to a patented process which makes it possible to produce renewable hydrogen from biomass at a much lower cost than electrolysis, the company, co-founded by Marc and Philippe Haffner, is of increasing interest to the world. So much so that the company is preparing for international deployment.

BEFORE RETURNING TO THE ANNOUNCEMENTS MADE DURING HYVOLUTION, CAN WE GET AN UPDATE ON THE DEPLOYMENT OF YOUR TECHNOLOGY IN STRASBOURG WITH G-RDS?
We have installed a system in Strasbourg which makes it possible to obtain syngas which can then be transformed into hydrogen. The capacity of the first block is 260 kg of hydrogen per day. At the moment, we only produce hypergas (rich syngas). We do not yet have the hydrogen filling station as McPhy is yet to deliver, nor the vehicles to use it. Nevertheless, we are ready. The hydrogen we will produce will predominantly be used for mobility-related needs, but also for district heating and in factories. It should be understood that our Hynoca (Hydrogen no carbon) process allows us to use renewable energy, known as biomass, available in abundant quantities. For equivalent yields, this is about 4 times cheaper than the electricity used for electrolysis. In addition, the biomass that we exploit produces biochar, a co-product that qualifies for carbon credit. Not only do we reach 15 kg of negative CO2 per kg of hydrogen produced, we also give back to nature with a product that is a very good fertiliser for agriculture. It is for these particular benefits that we have so many projects today.

AMONG THE ANNOUNCEMENTS AT THE END OF OCTOBER, THERE IS ALSO ONE FROM YOUR FUTURE PARTNER, KOUROS.
Kouros is an investment fund which is also a minority shareholder in Haffner Energy. They have bet on innovative companies and have good knowledge of the market. Kouros came to the conclusion that it could offer a complete mobility offer. This is the case with the company Hyliko, which offers both the production of renewable hydrogen and the supply of hydrogen trucks, along with all the services that go with it. Our role is to provide facilities that make it possible to produce hydrogen from biomass. It’s a great showcase for the Hynoca process. With its new company, Kouros will do what Nikola Motors had promised in the United States, namely to combine the mobility offer with charging points; by believing that our technology was the most relevant to develop.

YOU HAVE ALSO LAUNCHED A JOINT COMPANY WITH PARTNERS FOR THE DEPLOYMENT OF 2 HYDROGEN STATIONS OF 720 KILOS PER DAY…
Haffner Energy has signed an agreement with Les Etablissements Roussel (which controls the supply of biomass) and the Thévenin & Ducrot group, which owns the Avia brand. Together we are launching the first “well to wheel” ecosystem. Starting with locally collected biomass (from agriculture, forestry and wine) to distribution in stations. The project will be carried by the joint company SAS Pôle Bourbonnais, located in Montmarault (Allier), where Ets Roussel have a collection platform. To date, the first two projects are underway. The first is located in Allier, with a production site with a capacity of 720 kg of green hydrogen per day (250 tonnes per year), as well as the deployment of a hydrogen distribution station under the Avia brand on the motorway for heavy (buses and dumpsters) and light vehicles. A similar project will see the light of day in Chambœuf (Côte d´Or), near Dijon. We have many other projects of this type, both in France and abroad.

HOW DO YOU EXPLAIN SUCH SUCCESS?
Customers are coming to us at the moment by word of mouth. Haffner Energy is not in direct competition with electrolyzers, which have established uses. The fact is that our production costs are almost aligned with the reforming of natural gas, well below 5 euros per kilo, and with renewable hydrogen. The biggest demand comes from the industrial world, particularly for desulphurization, as well as the production of ammonia and methanol. With equipment that runs more than 8000 hours per year, we can mass produce in a competitive and decentralized way, as well as help manufacturers get closer to net zero thanks to highly negative CO2 emissions. Haffner Energy’s model could meet 90% of industry needs by 2030.

AND THERE IS NO RISK OF TENSION ON THE RAW MATERIAL THAT IS USED TO PRODUCE ALL THIS HYDROGEN?
Biomass availability is no issue, both in France and abroad. Apart from wood, the existing quantities of which are largely sufficient, we can also use agricultural substrates such as slurry, beet, corn and straw residues, as well as green waste.

WITH ALL THESE PROJECTS, WILL THE SIZE OF THE COMPANY CHANGE?
As it stands, there are nearly 25 of us, mostly engineers. Haffner Energy has so far relied heavily on partnerships with engineering schools and laboratories. But, we are going to become a big business quickly. A massive development plan is planned for the industrial and commercial deployment of Hynoca. We are also planning to open subsidiaries abroad. The company is in the process of preparing a major fundraising.