HYNOCA® is an industrial world game-changer solution for the production of competitive renewable hydrogen, which is produced by thermolysis and steam-cracking of various biomasses (independently from electricity). This disruptive technology is protected by 14 patents families (over 100 patents) Thanks to the use of biomass, an abundant and economic resource, it’s also the only known marketed technology that integrates locally the entire value chain, from the collection of inputs to the end user, thus accelerating both energy transition and creating locally wealth and a circular economy.

HYNOCA® stations are modular, almost plug and play, designed for an outdoor installation. They allow to produce from 250 kgs/day to more than 2000 kgs/day of hydrogen, depending on the station’s size. Therefore, the solution is compatible with a variety of projects depending on the needs. In case of change in production needs, modules may be added to increase the capacity.

Choosing a HYNOCA® station for your hydrogen production, it’s also contributing to: 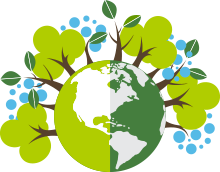 Furthermore, your station may co-produce biochar which, when used in eco-farming, allows the permanent carbon’s capture by the soil, effectively permitting strong net negative CO2 emissions – while bringing a substantial agronomic benefit. 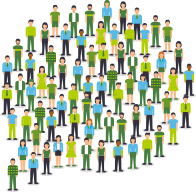 The collection/logistics of biomass and the station’s operations and maintenance create a local chain with local jobs.

The energy cost mainly covers the local manpower and not, as for solar panels, the Capex amortization of imported equipment. 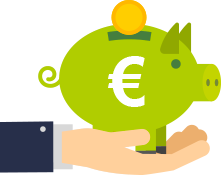 HYNOCA will allow to produce (by far) the most competitive hydrogen. Renewable Hydrogen is designed to replace fossil fuels for applications not adapted to consume electricity as energy carrier. However, renewable hydrogen for end users is still 5 to 10 times more expensive than zero rated fossil fuels.

The recycling of biomasses waste and residues is a challenge that, thanks to our 25 years of experience internationally, we are addressing with HYNOCA®. We have developed its technology specifically as modular, with container-designed skids that are easy to plug in. Therefore, this innovation allows to easily satisfy the needs of the growing number of markets that are becoming interested in renewable hydrogen. The HYNOCA® technology can cover almost all uses for hydrogen, and in particular:

Hydrogen has become a staple in companies’ efforts to improve their social responsibility.

HYNOCA®’s hydrogen brings a concrete answer to the production of very competitive renewable industrial hydrogen, up to 8400 hours per year, which may directly induce strong negative CO2 emissions. Indeed, the recycling of biomass, a cheap and abundant resource, allows the production of biomass in the immediate vicinity of the final user, thus decreasing drastically the costs of stock and transport of hydrogen. Furthermore, the inputs being renewable, and the biochar being a by-product that captures a lot of carbon (approx. 16 kg of equivalent CO2 per kg of hydrogen) make the whole process carbon-negative. Hydrogen fuel cells electric vehicles (FCEV) have approximately twice the range of a battery electric vehicle (BEV) and are refuelled as fast as their gasoline counterparts. Their sole “reject” is water. FCEV combine the advantages of BEV and those of cars with combustion engines. The main current issue is to produce and distribute hydrogen at an acceptable/affordable cost. HYNOCA® stations are perfectly designed to feed decentralised refuelling hydrogen stations. They produce hydrogen with a guaranteed 99.99% level of purity, in full compliance with the quality standards, over 95% of the time. Furthermore, the HYNOCA® solution also allows local communities to relocate energy production and create new local jobs. With these benefits, HYNOCA® contributes to the economic resilience of many areas.

The first large HYNOCA® industrial and commercial station, with a final capacity of 720 kg/day of hydrogen (corresponding to 1600 light vehicles each driving 15.000 km per year), will be started up during the first quarter 2021.

Heavy good vehicles, buses, trains are ideal applications for hydrogen, as they often require long ranges, and are generally not compatible with heavy battery packs. Hydrogen powered heavy good vehicles are rapidly growing across the globe. For example, the American company Nikola Corporation, which produces hydrogen semi-trucks, is currently (10/15/2020) valued 9 billion dollars, despite having no sold travelling vehicles yet. To support the strategic development of hydrogen heavy goods vehicles, the growth of hydrogen stations is a key requirement, as for example shown in the International Road Transport Union’s plea to the European Union for public massive investments to be made in that field.

Urban buses, dumpsters, trucks, regional trains, touring boats, cars, light utilities or even forklift: all will soon include an offer for hydrogen that HYNOCA® can easily address with fast meshing of global areas supplied with locally produced competitive renewable hydrogen.

Close to 70% of energetic efficiency

Over 100 patents covering this innovation

To a variety of professionals worldwide, whatever the industry with private or public status. For most applications, as long as you need a very competitive, clean fully renewable decarbonated hydrogen, HYNOCA® should appear as the most obvious choice!

R-HYNOCA is our first industrial HYNOCA® station, ordered by R-HYNOCA, a subsidiary of the French gas distribution company R-GDS. R-HYNOCA will be located in the heart of Strasbourg (France), capital seat of Europe’s parliamentary institutions. Starting-up in the first quarter of 2021, it will produce up to 720kgs of hydrogen daily and refuel the equivalent of 1600 light vehicles, each driving approximately 15.000 km per year.

If hydrogen was produced mainly with water electrolysis, and so with electricity, we’d be facing an unsolvable problem: how to produce energy for the 82% final energy needs not covered by electricity, while renewables only represent less than 30% of the global electricity production ? In Europe, replacing fossil fuels by hydrogen produced by electrolysis for all cars and heavy goods vehicles would imply a multiplication by 15 of the current electrical production by wind and solar farms. Unfeasible.

The Earth produces more than 72 Gtoe (Giga tons of oil equivalent) worth of biomass per year. In comparison, oil consumption is currently approximately 3,9 Gtoe globally. The recovery of a small fraction of this biomass would be sufficient to cover a large part of the energy needs of the world.

Biomass is often mistakenly considered as forest and agriculture wastes only, while it includes of a lot of resources that are perfectly usable for hydrogen production. Biomass will never be a limiting factor. The biomass sector’s growth will generate true decentralized circular economies. In a country like France, close to 100.000 jobs would be created to satisfy about 35% of hydrogen mobility needs.

Electrolysis, which is needed and welcome to absorb over-produced renewable electricity during off-peak hours, will have to be complemented by a massive production of hydrogen from biomass, which is the only other identified renewable energy resource able to produce hydrogen to this day.

Furthermore, biomass will allow to decrease rapidly and drastically the distribution cost of hydrogen.

Why is HYNOCA®’s hydrogen more than renewable?

Hydrogen is produced with Biomass, being itself a renewable energy. In effect, the plants that are the source of biomass for energy capture the CO2 which then may be released.

In addition, with Hynoca, approximately half of the carbon is captured with the biochar, which makes it more than a renewable energy process. For each kilo of hydrogen produced, Hynoca allows to remove around 16 kg of CO2 from the atmosphere.

To give a simple illustration, an hydrogen powered car with hydrogen produced by an HYNOCA station would allow to nullify the CO2 emissions of a family combustion engine car.

Why do you claim HYNOCA is a strong game-changer?

The only current alternative mature process is electrolysis, and almost all studies on hydrogen rely on electrolysis features and economics. Hydrogen from electrolysis cost relies itself mainly on electricity cost and status (renewable or not).

Hydrogen produced by HYNOCA relies on biomass, and the energy efficiency is higher than electrolysis, with an energetical cost 3 to 8 times lower than electricity. The resulting hydrogen cost at the distribution spot is between 30% to 70% cheaper than the cost of hydrogen produced by electrolysis depending of the applications. This is a huge difference radically changing the economics of renewable hydrogen.

Furthermore, not only the renewable status of hydrogen will ever be questionable, but hydrogen from Hynoca is also strongly carbon negative. At best, hydrogen from electrolysis can claim to be carbon neutral.

At last, in most areas in the world, there is no obstacle to produce hydrogen on the distribution selected site, as biomasses are always available at any time of the year, if need be 8400 hours per year. Electricity from renewable energies is generally produced only approximately 2000 hours per year (vs nominal capacity), and there can be long periods without wind and/or sun.

Why HYNOCA is not yet viewed by most market analysts as a game-changer?

Before Steve Job’s “keynote” on 9th January 2007 at 9h40 am pacific time, the new iPhone was not at all identified as a game-changer, and NOKIA did not understand at all their leadership would brutally collapse. The 9th January 2007 by 10h30 am PT, the world understood the phone business model would face a total almost immediate thrilling change. From a secure 50% world market share in January 2007, Nokia fell to 40% in 2008, and crash landed at less than 10% 3 years later.

Although we have our internal operating prototype, our first large industrial commercial unit is not operating yet. Strasbourg industrial unit start-up will be HAFFNER ENERGY’s keynote.

However, we are not claiming at all the situation will be the same for electrolysers as for Nokia! There is an urgent growing need to consume massive excess renewable electricity production during off-peak hours. Hydrogen production from electrolysers is probably the best possible way to consume this excess electricity.

Why will HYNOCA® roll out fast globally?

HYNOCA® stations are compact and modular, with skids fitting in 40 feet containers, and can be implemented easily in small areas in outdoor settings. They are fully automatised, not requiring a permanent human presence for their operation, easy to handle, and designed for a remote operation.